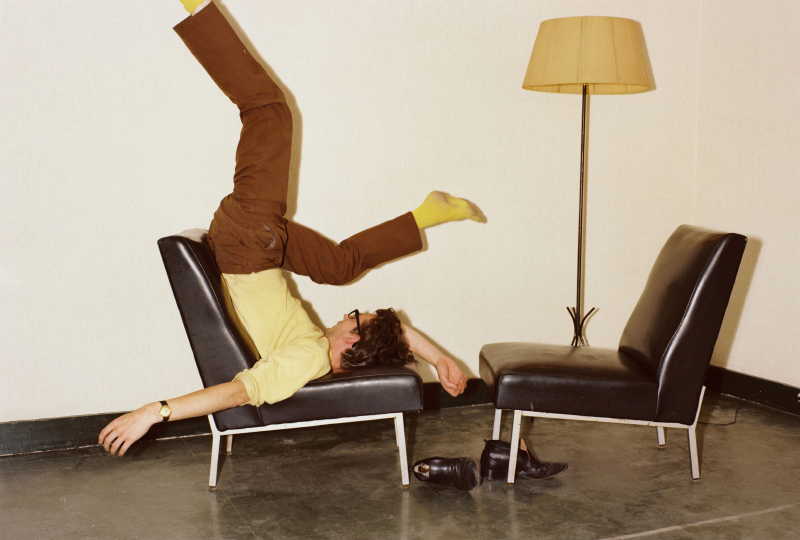 Dave Ball, currently pursuing a practice-based PhD at Winchester School of Art, presented ‘Absurdity, Absurdity, and Absurdity‘ as part of Conversas series at Schillerpalais, Berlin, 29 Nov 2017. The following are his reflections on the event.

Conversas is a regular series of thematically diverse talks held with the aim of creating discussion and dialogue, where audience members are encouraged to interrupt and ask questions, and presenters are warned against preparing “too tightly”. I decided, therefore, not to give a conventionally coherent presentation of my work or my PhD research, but instead treat the event as a public testing-ground for some of the more speculative elements emerging out of my research into absurdity.

The plan was to present a series of examples of what I’d identified as eight variants of absurdity observable in works of contemporary art. Since those categorisations were, to a degree, based on my own intuitive assertions about what would or wouldn’t constitute “absurdity”, I was very keen to test them out publicly.

The talk began with a short screening of one of my own video works, which was greeted appreciatively, followed by a brief introduction to my research. As soon as the presentation turned to the work of other artists, however, the atmosphere in the room became unexpectedly heated. In fact, the very first slide shown (a photo by Thomas Ruff of a man inelegantly attempting a handstand on a leather chair, legs flailing in the air) received an immediate rebuttal that “Why shouldn’t we do handstands on chairs? Why is that absurd? That’s so conservative!”

In fact, almost every slide I showed initiated some tirade or other on what various audience members seemed to consider an affront to their intelligence, their outlook on life, or at least their conception of art. My gentle conceptual enquiry into whether or not the works could be considered absurd was frequently met with an impassioned and resounding “no!” Whist some of these protestations could easily be dealt with through reasoned argumentation or clarification of concepts, others unearthed genuinely fertile grounds for further investigation. But what took me completely by surprise was the level of passion, conviction, and emotion with which the audience responded to the topic. Absurdity, as was repeatedly made clear, really matters – and not just to this particular PhD researcher…