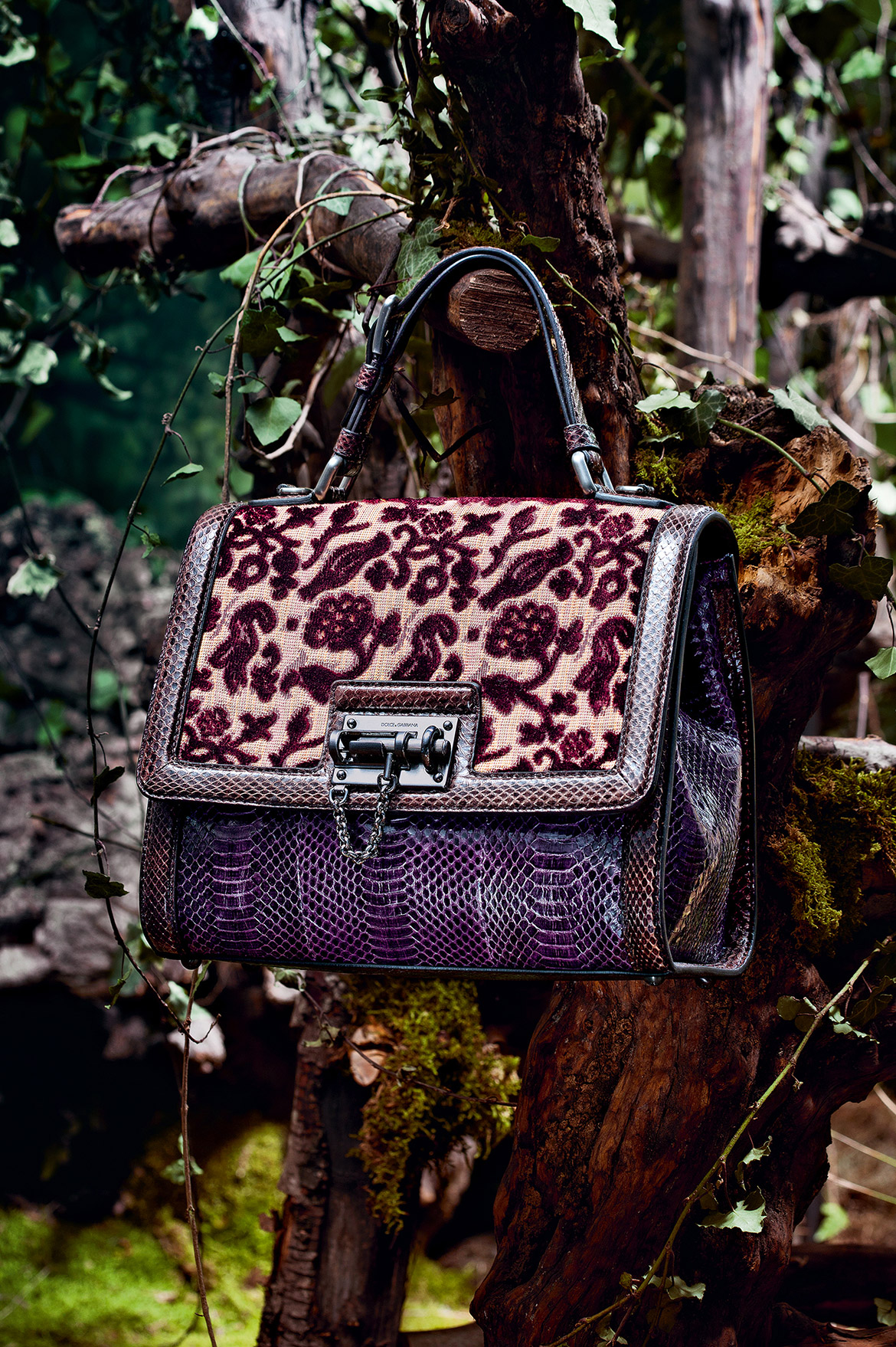 Najla Binhalail’s doctoral research examines the practicalities and politics of the museum display of Saudi clothing, with particular consideration of the Unification of the Kingdom Hall in the National Museum in the Kingdom of Saudi Arabia. In this article she considers the relationship between Islamic and Arab heritage and forces of ‘global’ creativity.

Islamic and Arab heritage is considered to be a great treasure. Most of its motifs are inspired by the rich nature of the surrounding environment and geography. Flowers, birds, and geometric designs feature in most of the motifs, embroidery, furniture and fashion of the Arab nations.

As a Muslim from an Arab nation, and also as someone whose field is textile and clothing history, I am always curious about the link between our cultural heritage and our identity. Hence, I have a fear of losing what is beautiful in our heritage if we continue to ignore or give less attention to the inspirational roots and provenance of our designs and motifs.

In my opinion, global cultural literacy, and the subsequent sustainability of our Islamic and Arabic heritage in particular, do not always receive the required attention from a number of Arab designers who fail to recognize the inspirational roots of our heritage; while others limit their research and knowledge of our Islamic and Arabic civilization throughout the ages. As a result, there is a danger that some Arab consumers will tend to ignore their own domestic textiles and fashion products, and instead support European styles – styles that are often more attractively presented and advanced in their marketing methods.

Zuhal Yorgancıoğlu has worked as a fashion designer for 67 years, creating clothing for Turkish women inspired by Anatolian and Ottoman culture. She argues that ‘There have been successful fashion designers in Turkey in recent years but I can’t call them Turkish designers. They imitate Europeans; I can’t see that they have a Turkish style’ (Hurriyetdailynews.com, 2012). Herein lies the problematic: both designers and consumers are not only demonstrating a limitation in their understanding of global cultural literacy, but also more specifically they are appearing to fail in their appreciation of Islamic and Arabic culture. As Polistina points out:

[cultural literacy is] a fundamental skill required by learners in their development of sustainability literacy. The role of educator itself demands a high level of cultural literacy to ensure that education provides chances for critical reflection on culture from multiple perspectives, rather than being confined to limited imperialist views of other cultures. Reflection on our own culture and other cultural systems can help reveal the complex social, environmental and economic relationships that need to be changed to make a successful shift towards sustainability. (Polistina, n.d., p.5)

Based on the evidence I have seen, the textile and fashion industry appears to be an essential component of most developed countries. However, many Arab designers in the textile and fashion world, whose avowed objective is to reach a global audience, are operating only within the borders of the Arab region. They are not, in my view, meeting their objective; they are not moving beyond those borders into the wider world, either in terms of the manufacturing or marketing of their designs and products. As far I am aware, there is no major Arabic fashion house, on a level with such names as Coco Chanel and Christian Dior, that functions beyond the confines of the Islamic and Arabic world. My interest in European textiles and fashion is twofold: first, I admire their ideas and creativity; second, observations that I make will improve the skills I need for my research and work, as a faculty member of the Designs and Arts College, in the Princess Nora bint Abdul Rahman University in Saudi Arabia.

The 2015 showcase of the Dolce and Gabbana Accessories Collection drew my attention to the crucial issue concerning the inspirational roots of a people’s heritage, and how a people’s identity becomes visible and revealed through the fabric, clothing and accessories that people wear and use. This collection includes a textile design for handbags, which appears to me to be inspired by one of the most famous upholstery fabrics used by Saudi people in their traditional furniture.

The name of the fabric is ‘abo taer’, meaning ‘father of the bird’. The fabric includes the shape of birds and usually comes from Morocco, a Middle Eastern country, rich in Islamic and Arabic heritage.

‘abo taer’ fabric, one of the most famous upholstery fabrics used by Saudi people in their traditional furniture, the fabric usually comes from Morocco. This example leads me to make two assumptions: first, it is possible, although in my view unlikely, that the textile design used for these handbags does not have its roots in ‘abo taer’. However, it is more probable that this ‘new’ design was inspired by ‘abo taer’- it has the same popular colours of maroon and beige, and possesses a design showing birds and flowers. Second, if the Dolce and Gabbana fabric for these handbags was actually inspired by ‘abo taer’, and this I would personally appreciate and welcome, then it is surely evidence of a limitation by the Islamic and Arabic fashion industry in their understanding of ‘global cultural literacy’. An increased awareness and global understanding would, in my view, enable the Islamic and Arabic industry to communicate internationally more effectively the message of their cultural roots and heritage. If the industry is enabled to move beyond its own borders, then researchers and designers from other cultures will more readily recognize the provenance and importance of the Arabic source. This collection of Dolce and Gabbana could be an effective way of marketing their product, thus making it more attractive for a wide range of consumers, including a large segment of the Arab population.

From my understanding of the British educational system, it is paramount to recognize the inspirational roots for any design in the creative arts. According to Eckert (1997, p.1) sources of inspiration ‘play a powerful role at the beginning of the design process, in research and strategic collection planning. They also play an essential role in the communication of design ideas, both among designers, and between designers and managers and buyers.’

‘Where does the fashion designer get ideas and inspiration for new styles? The answer is everywhere and everything. Anything visual and tactile, in fact sensual, can be a source of inspiration for a garment.’ (Fatma Mete, 2006,pp.282-283).

This collection raises for me a number of questions: Is there an alarm bell ringing in the ears of Arab designers? Are these designers being challenged to recognize that the Islamic and Arabic heritage is ‘rich, astonishing and fabulous’? Are they taking into account that the inspiration for their creativity is linked to and an essential part of their heritage and identity as Arabs? And if this inherent Arabic heritage keeps dancing to the tune on a global scale orchestrated by western designers, then is it in danger in time of losing its identity of origin? Or could this be the beginning of a path towards global creativity and recognition? And does this mean that the echo of our rich Islamic and Arabic heritage will be heard globally in the international forums and connections of domestic and foreign consumption?

‘Any thing visual can be a source of inspiration. Sources of inspiration are employed throughout the design process. Initially other garments allow the designers to develop a feel for the coming fashion and provide a source for design features which can be adapted into the designers own garments’. (Claudia Eckert, 1997, p.12)

From my point of view, current domestic textiles and fashions in the local market of some Islamic and Arabic countries do not compare favourably with the versatility and accuracy of European textiles and fashions. I hope that this issue receives attention from Muslim and Arab specialists in the field of textile and fashion design, and that a careful attempt is made by them to create eastern fashion lines – lines inspired by a superb heritage, in contemporary, accurate, brilliant, and attractive styles that speak eloquently of their Islamic and Arabic origin. This is a key issue that needs to be addressed in our postmodern world. It is important not only for the cultural education of Arabs, but also for the education of designers and customers globally. Indeed, it could be a way, perhaps the most crucial way, of creating a new generation and style in the universal world of textile and fashion design.