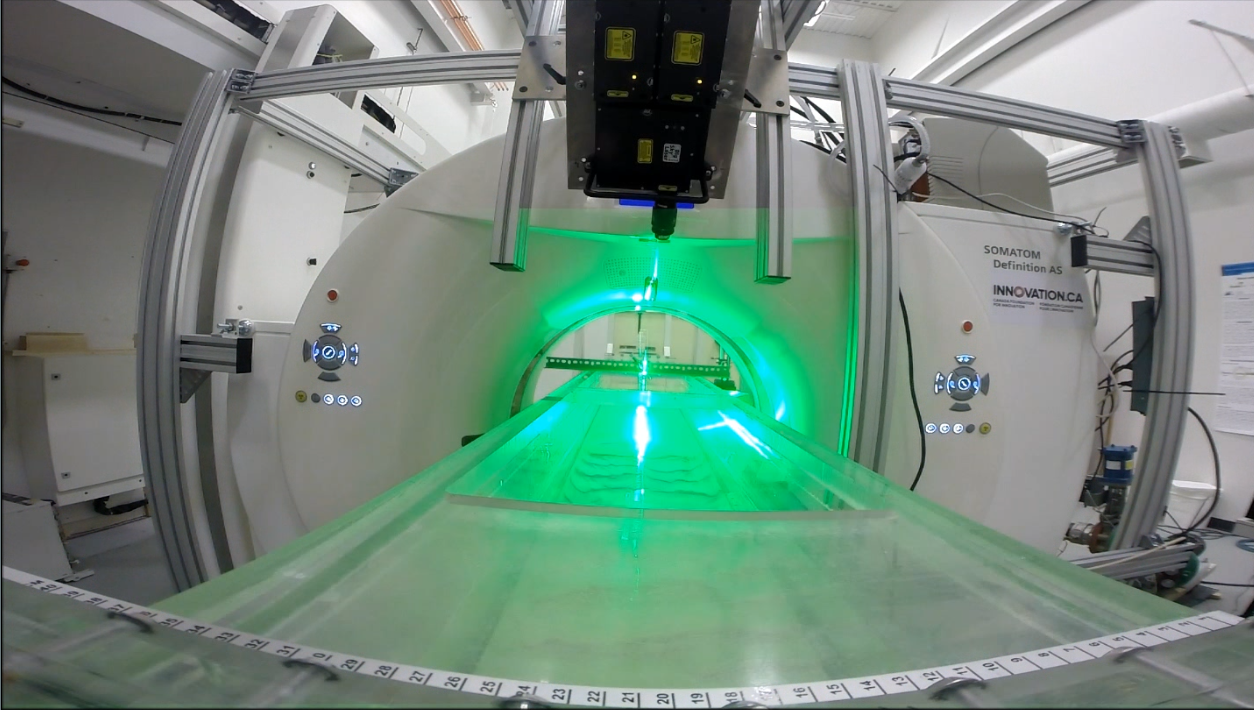 Understanding sediment transport has come a long way since the pioneering works of Shields and Bagnold, nearly a century ago. Yet, the complex mechanisms that drive, at larger scales, the morphological evolution of coastal and estuarine environments remain poorly understood at the ‘noisy’ end of the spectrum. Fundamentally, this is a problem of fluid sediment interaction, with turbulence – the most notorious problem in classical physics – lying at its very heart. Mathematical descriptions of the problem, are riddled with difficulties in theoretical formulation and computational requirements, and hence, tend to empiricism. Even experimental and field measurements are often limited in terms of what parameters or processes they measure, and at what spatial and temporal scales.

A team from the Coastal Research theme within Geology and Geophysics, comprising PhD candidate Hachem Kassem, and Prof Carl Amos, has recently conducted an state-of-the-art experiment looking into the small scale turbulent and sediment transport processes in continuous 3D space. Co-located and time-synchronized measurements by a medical CT Scanner (computed tomography) and Particle Image Velocimetry were carried to study turbulent sediment transport in unidirectional currents.  The Laboratoire multidisciplinaire de tomodensitometrie pour les resources naturelle et le genie civil (or Lab CT SCAN, for short) at the Centre Eau Terre Environment of the Institut national de la recherche scientifique (INRS), Québec, Canada has the unique necessary facilities to allow such measurements to be collected simultaneously. A sandy bed within a 7m long flume passing through the sliding gantry of a Siemens SOMATOM Definition AS+128 high performance X-Ray CT scanner is imaged in both longitudinal and perfusion modes under increasing current velocities. The flume is equipped with a stereo PIV system with 2 cameras and a sheet-laser source, allowing the user to obtain 3D velocity vectors over a 2D plane at the centre of the imaged section. A profiling ADV is also used to measure high frequency turbulence profile in the near bed layer of the flow. Collectively, these measurements will shed light on a number of fundamental physical processes from robust estimates of physical and hydrodynamic roughnesses, the relative importance of skin friction and form drag, to quantifying, for the first time, sediment content of energetic turbulent vortices and their role in drag reduction, and exchanges between interstitial and boundary layer waters due to reattachment of lee eddies due to bedforms.

This collaboration came along building on historic links between Prof Amos, and the visionary of the CT Scan lab, Prof Bernard Long. The Canadian team included the brilliant technicians Louis-Frédéric Daigle and Mathieu Des Roches, who operated the CT scanner and PIV systems, and Ms Corrine Brunelle, PhD Candidate an INRS, and facilitated by Prof Pierre Francus, the current director of the lab.

For a french translation of this article, pelase refer to http://www.ete.inrs.ca/actualites/analyse-tomographique-turbulence-dynamique-sediments