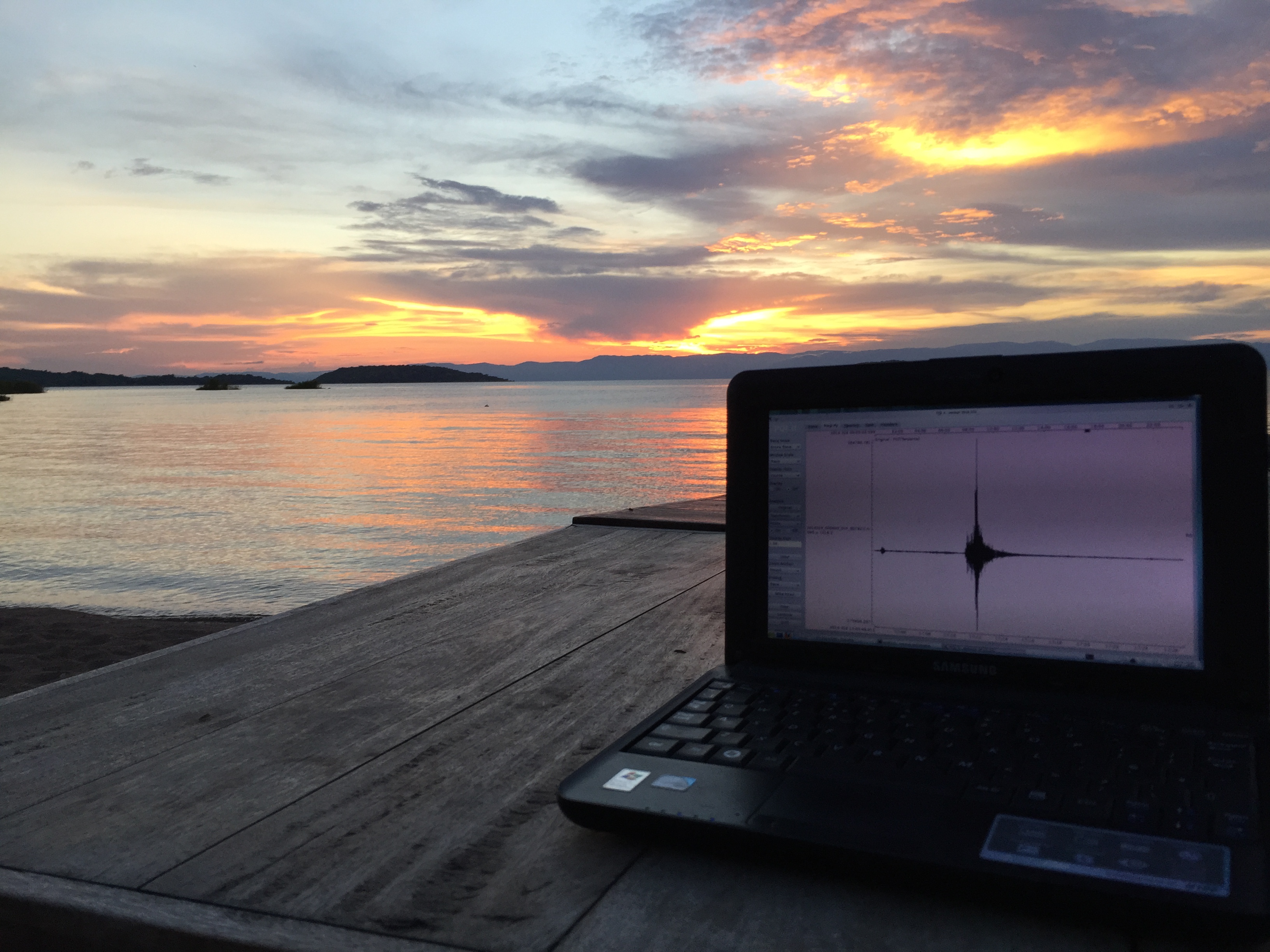 PhD students Ryan Gallacher and Finn Illsley-Kemp have recently completed a two week trip to Lake Tanganyika in Tanzania. They were performing a service run on the seismic network that was deployed earlier in the year. The project, “Active fault kinematics during non-volcanic rifting in East Africa”, is in collaboration with Beach Petroleum (Tanzania) Ltd., the University of Rochester (USA), SEIS-UK and with the approval of the Tanzania Petroleum Development Corporation.

Lake Tanganyika has the highest seismicity rate in East Africa. This seismicity will be used to investigate the nature of the extensional fault systems that run through the entire crust. It will also contribute towards a greater understanding of along-rift variations through comparisons with other areas in the East Africa rift system.

The service run involved travelling to the site location; be it by car, boat or foot, and checking the state of the stations. Typical problems included termites eating through a solar panel stand and equipment being submerged in seasonal rains. The network was in excellent condition and data was downloaded from every station. Work can now begin on earthquake relocation and the mapping of any fault structures beneath the lake.

Future service runs and final decommissioning will take place over the next year.