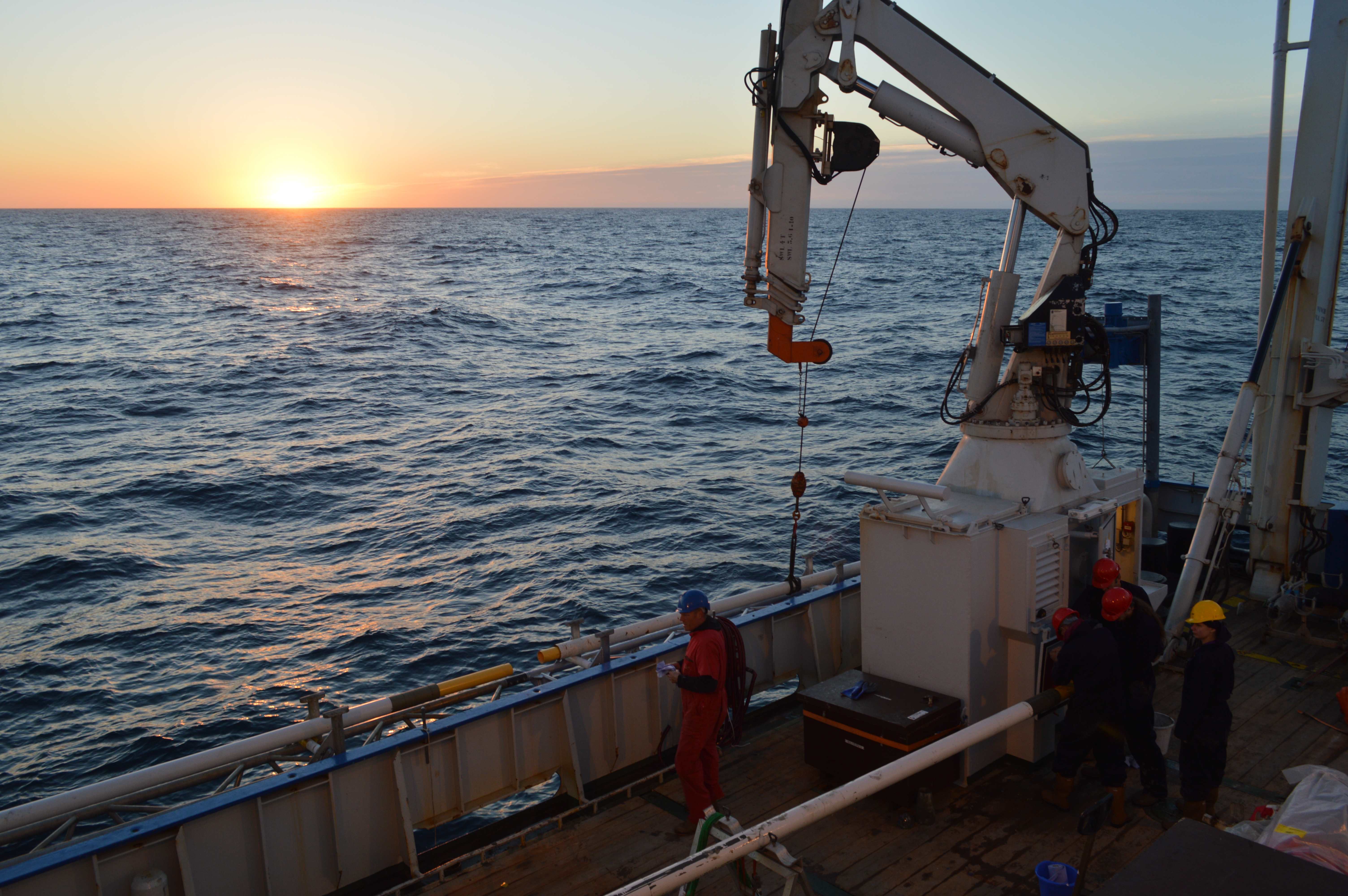 During July 2014 members of the Geology and Geophysics group took part in a major National Oceanography Centre research cruise on board the RV Pelagia. The focus of the cruise, led by Dr Pete Talling, was to investigate the tsunami risk to the coastal areas of the Nordic Sea. The PhD students involved on this research expedition were Ed Pope, Joshua Allin, Alessandro Mozzato and Camilla Watts.

The Norwegian continental margin has a history of submarine landslide occurrence. These landslides, which can be far larger than those on land can generate damaging tsunami, therefore pose a major hazard for coastlines around the Polar North Atlantic. For example the Storegga Slide, 8,200 years ago, triggered a basin wide tsunami with run-up heights of up to 20 m. There have been several large events in the last 20,000 years and it is therefore crucial to try to better understand both their triggering mechanisms and their emplacement mechanisms to further our understanding of the risks associated with this hazard in the future.

To achieve these goals, the expedition collected 88 sediment cores and 7000 km2 of swath bathymetry in nine working areas. Information from these datasets will be used to constrain the dates of these submarine slides, analyse the material that has failed as part of these mass movements, understand the emplacement mechanisms, and set the landslide within a wider environmental context in order to analyse possible triggering mechanisms.