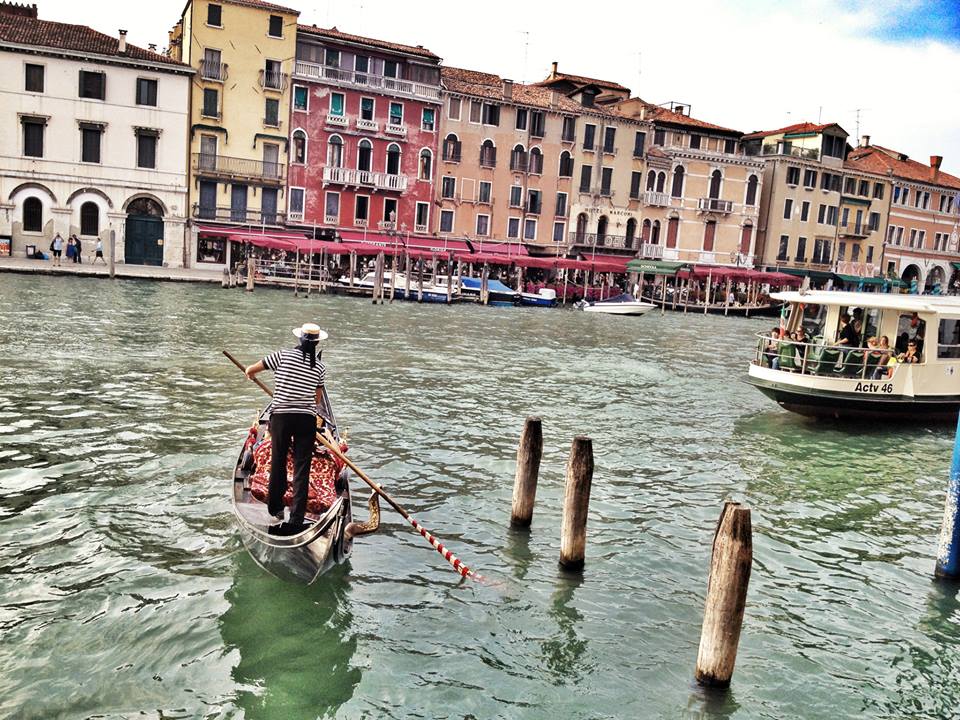 A research team from the coastal processes research theme within Geology and Geophysics, led by Prof Carl L. Amos, with  PhD student Hachem Kassem, has recently completed a scientific field campaign in Venice Lagoon, Italy. The work was undertaken within RITMARE framework, the Italian National programme of scientific and technological marine research; through sub-project 3, Work Package 4, Action 5;  WP4.A5 on hydrodynamic and morphodynamic modelling of lagoon systems; in association with ISMAR (Institute of Marine Science)  of the National Research Council (CNR) of Italy. The work comprised three different elements: (a) studying the hydrodynamics and scour processes at the triple-junction in Torcello; (b) studying the dynamics of sand megaripples in the Lido Inlet of Venice Lagoon; and (c)  investigating the currents driving longshore sediment transport in Cavallino. This work follows on from a previous campaign carried out in Cabras lagoon, Sardinia, in September 2013.

(a) Scour processes at Torcello triple-junction:

The aim of this element was to investigate the hydrodynamics and sediment dynamics that cause a 19 m deep scour hole at a triple-junction in Torcello, the confluence of three canals/channels. Two boats were at our disposal, CNR’s LITUS, and Boston Whaler, and a team of 12 researchers participated in a 12 hour (full tidal cycle) measurement on Wednesday 10 September, 2014. These included two full swath bathymetry surveys with a Multibeam echosounder fitted to the LITUS vessel. Near hourly measurements of near bed turbulence and sediment resuspension where carried out “on-line” through a benthic lander with two downward looking acoustic Doppler Velocimetres (ADVs) giving time series of 3D velocity fluctuations (turbulence) at 25 Hz; a CTD and pressure transducer, and a sediment imaging sonar (SIS) performing a 45° sweeps of bed morphology and suspended particulates (sub-millimeter resolution).  Stationary (temporal) transects of flow using an Acoustic Doppler Current Profiler (ADCP) we logged continuously for the 12 hr period from LITUS; while hourly ADCP (spatial) transects were carried out with the boston whaler. Nearbed currents were also measured with three Electromagnetic current metres (S4 EMCM) deployed across the triple junction. Furthermore, a deepwater high resolution micro-structure and turbulence shear probe (2D horisontal current shear) with standard CTD sensors (temperature, electrical conductivity, pressure) was deployed hourly. The work also involved deploying and retrieval of langragian current drifters to validate the hydrodynamic model SHYFEM; and a Gopro camera to monitor biology near the bed.

The second element of the campaign was carried out on Friday 12th September 2014; to investigate the bed load migration rates of large scale megaripples in the Lido Inlet, which appeared in regular bathymetric surveys. Three boats where made available (an additonal CORILA boat) to carry out this work; which also included hourly bathymetric surveys with a Multi-beam echo-sounder (MBES); following the deployment of 3 current metres measuring nearbed current magnitude and direction along the inlet. In addition, 14 sets of bedload (traction and saltation) measurements where collected using benthic and epi-benthic modified Helley-Smith sand traps (60 micron meshes) to evaluate sand transport and bedform migration rates in the inlet (just outside of the main navigation channel used by Cruise liners) over the course of 12 hour tidal cycle.

The final element comprised the deployment of an integrated Valeport 808 unit, measuring the magnitude and direction of horizontal currents (2D); with a pressure transducer logging water elevation (waves and tides); and an optical backscatter sensor. This instrument was deployed on a tripod frame between Saturday 6th  and Thursday 11th September, 2014; with daily water samples taken from the location. The retrieval of the frame proved particularly difficult given the strong wave conditions in the early morning, but it was eventually recovered at the following low tide on the night of that day. This is in essence a brief prelude to future work that will investigate longshore and cross shore sediment transport to evaluate the rate of sediment bypassing across the Lido Inlet; which has consequences for the MOSE project, designed to protect the city of Venice from future flooding.