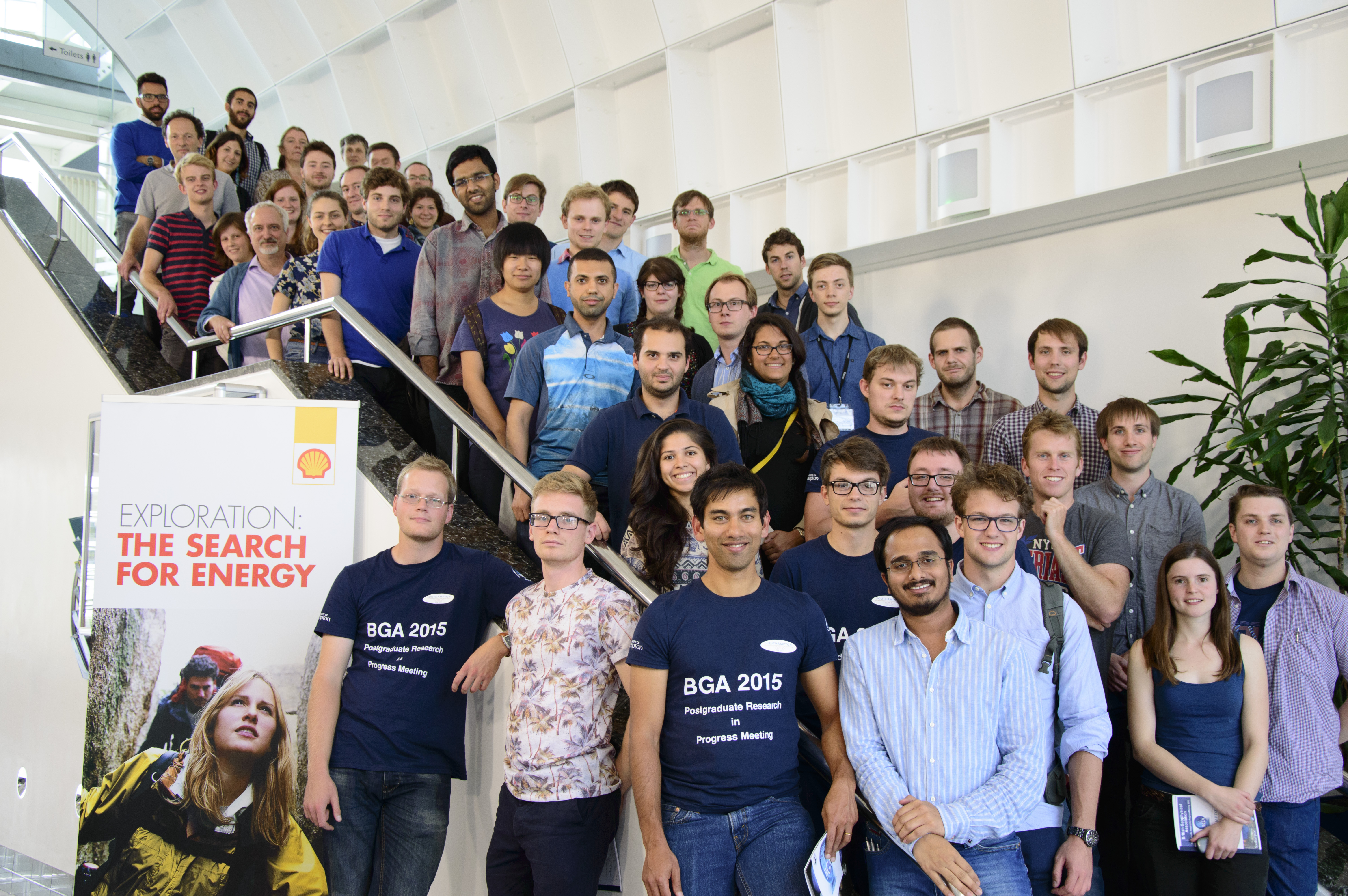 The University of Southampton/NOCS recently hosted the 2015 British Geophysical Association Postgraduate Research in Progress Meeting. The meeting brought together 43 postgraduate students to present their research across a wide range of fields, including: passive and active seismology, geomagnetism, resistivity, numerical modeling, CO2 storage and crater formation.

Attendees commented on the high standard of research presented by all postgraduates. The award for best talk was given to Robert Green, University of Cambridge, for his talk titled, “Triggered Earthquakes Suppressed by an Evolving Stress Shadow from a Propagating Dyke; Bárðarbunga Volcano, Iceland”. The award for best poster was given to Simon Stephenson, University of Cambridge, for his poster titled, “A Cenozoic Record of Uplift, Erosion and Dynamic Support: Examples from Madagascar”.

The 2015 Bullerwell Lecture (an annual award from the BGA) was presented by Professor Tim Wright, University of Leeds. His presentation entitled “The Earthquake deformation cycle and seismic hazard in the continents” was an engaging look at the implications for the mechanics of fault zones and the strength of the continental lithosphere based on a review of results from satellite geodesy. Alongside this presentations were given by Jason Morgan, Royal Holloway on serpentinisation in bend-faults and by Gareth Collins, Imperial College on lunar impact craters, both talks gave fascinating insights into two novel areas of research.

The meeting was very generously sponsored by Shell and a representative, Floris Strijbos, gave an excellent presentation on high definition seismic reflection surveys and described how using broadband data produces these images. He also stressed the industry’s continued commitment to collaboration with research scientists and institutions.

The organising committee would like to again thank the University and Oceanography Centre for being such great hosts for the conference and all the attendees for making it a thoroughly enjoyable and interesting two days.