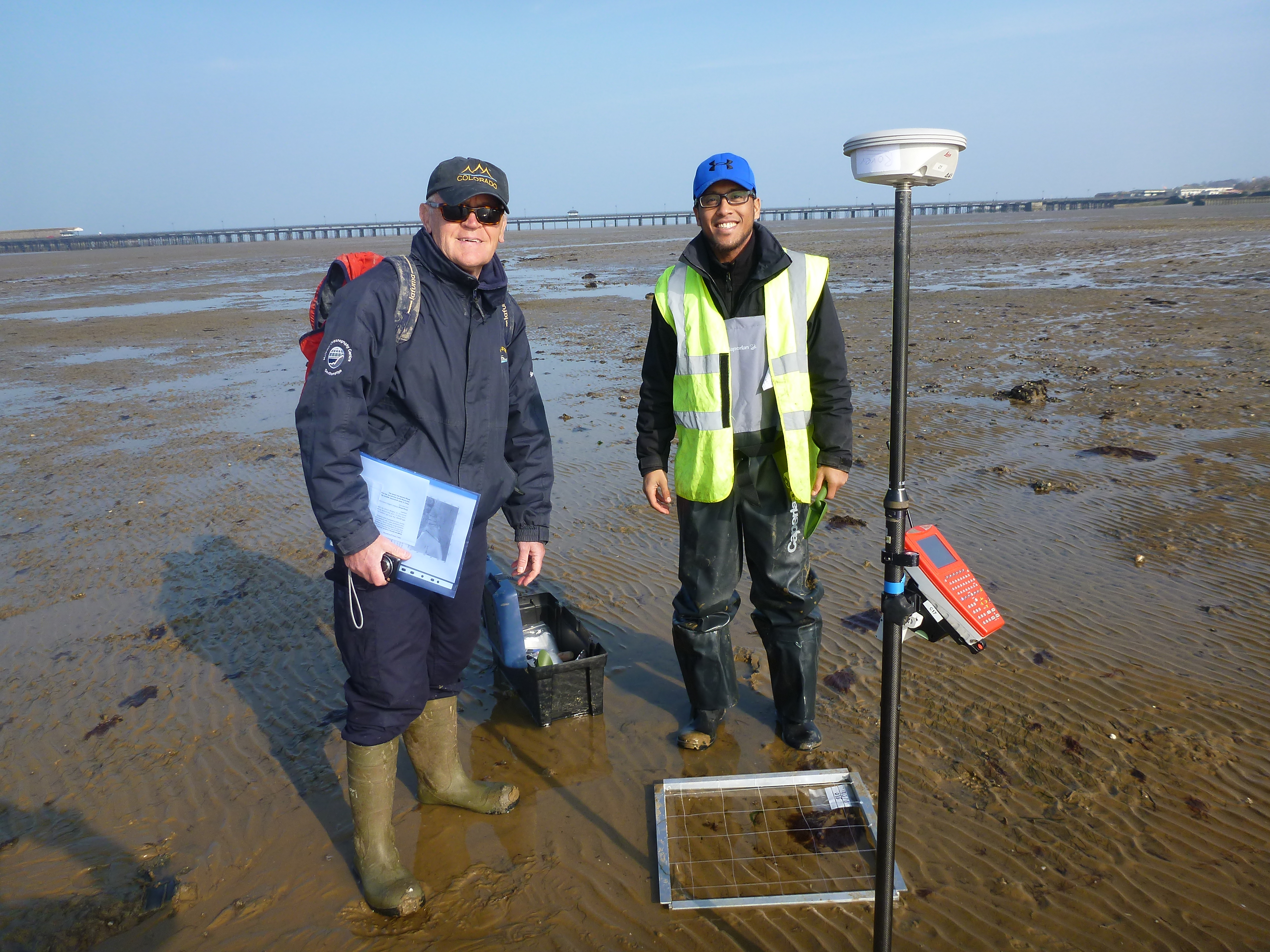 Ryde, Isle of Wight boasts one of the largest seagrass meadows in the United Kingdom’s southern region. In order to understand the influence of the seagrass meadow on sediment transport and intertidal flats stability, a two-day fieldwork (18th – 19th March 2015) was conducted. The fieldwork is part of a G&G postgraduate student, Anas Annuar’s PhD project. Three other scientists involved in this fieldwork were Prof Carl L. Amos and PhD students, Hachem Kassem and Alanoud Al-Ragum.

Seagrass acts as a natural buffer zone against extreme weather and provide stability to the coasts. The presence of seagrass increases wave attenuation and reduces sediment resuspension.  However, seagrass meadows themselves are under threat of sediment burial due to increased storminess and sea level rise.

In the tidal flats of Ryde, Isle of Wight, there are two main seagrass species commonly known as dwarf eelgrass, Zostera noltii and common eelgrass, Zostera marina. The site has been identified by the Hampshire and Isle of Wight Wildlife Trust to be designated as Marine Conservation Zone. This is due to its importance as food source, nursery ground and sheltered habitat to a host of marine and coastal species. The habitat also provides essential ecosystem services including capturing carbon, oxygenating our seas and improving water quality.

The research aims to quantify the sediment transport across the seagrass meadow by means of grain trend analysis. Seagrass meadow density and height will be measured and the effects of seagrass on sediment movement will be quantified in a laboratory experiment. The monitoring is planned to be over an annual cycle, as both seagrass species are known to show strong seasonality, with peak distribution during summer.

During the fieldwork, surficial sediment samples were collected in grid pattern. The first day was bright and sunny, and samples were collected at 75 m grid spacing to the west of Ryde pier, with Prof Amos’s excellent orienteering skills. The following, much colder day, saw the collection of sediment samples at 100 m grid resolution to the east of the pier. Pictures were taken at each site with a grid frame so that seagrass density and patchiness can be estimated. The intertidal flats profile was recorded using Differential GPS supported with Real Time Kinematic (RTK) system to provide accurate positioning and elevation.

A boat-work , scheduled for April, will follow up this effort to gather bathymetry and seagrass distribution data across the area using multibeam echo sounder, side scan sonar and sediment imaging sonars.