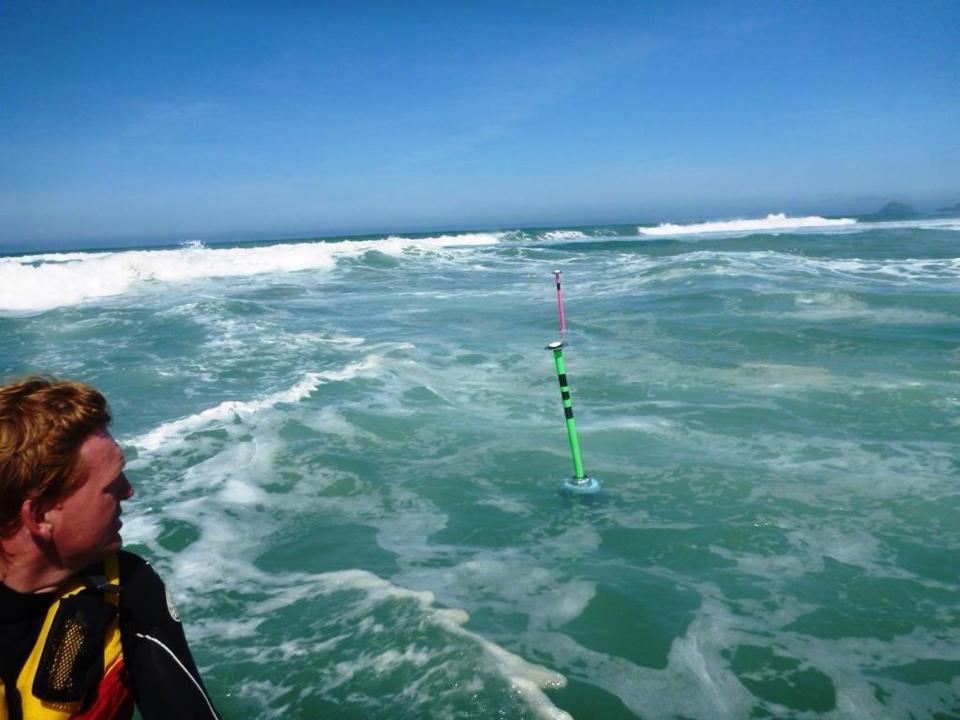 A team of researchers from both the Geology and Geophysics and Physical Oceanography research groups at the University of Southampton have recently spent two weeks studying rip currents on Perranporth beach in Cornwall.

The deployment forms an integral part of G&G PhD student Seb Pitman’s research, helping to ground truth a new video technique he is developing. The team spent 10 days deploying buoyant drifters into the surfzone to track the small scale (O 100m) circulations pertaining to rip currents in the surfzone. Rip currents are seaward-orientated, jet-like flows that are temporally and spatially variable and account for more than 80% of lifeguard rescue efforts. The drifters are designed to mimic a human in the water and as such, provide valuable insight into the dangers posed by rip currents to bathers.

GPS technology is used in the drifters, meaning their location can be tracked to within 10cm. This enables them to log important information about the speed and orientation of the currents, their temporal variability and the wider circulation patterns operating in the nearshore and breaking zone.

Seb will use this data to validate the visual signature that rip currents exhibit in video imagery. If successful, this will enable the team to extract data about rip currents from thousands of images collected at the site since 1996.