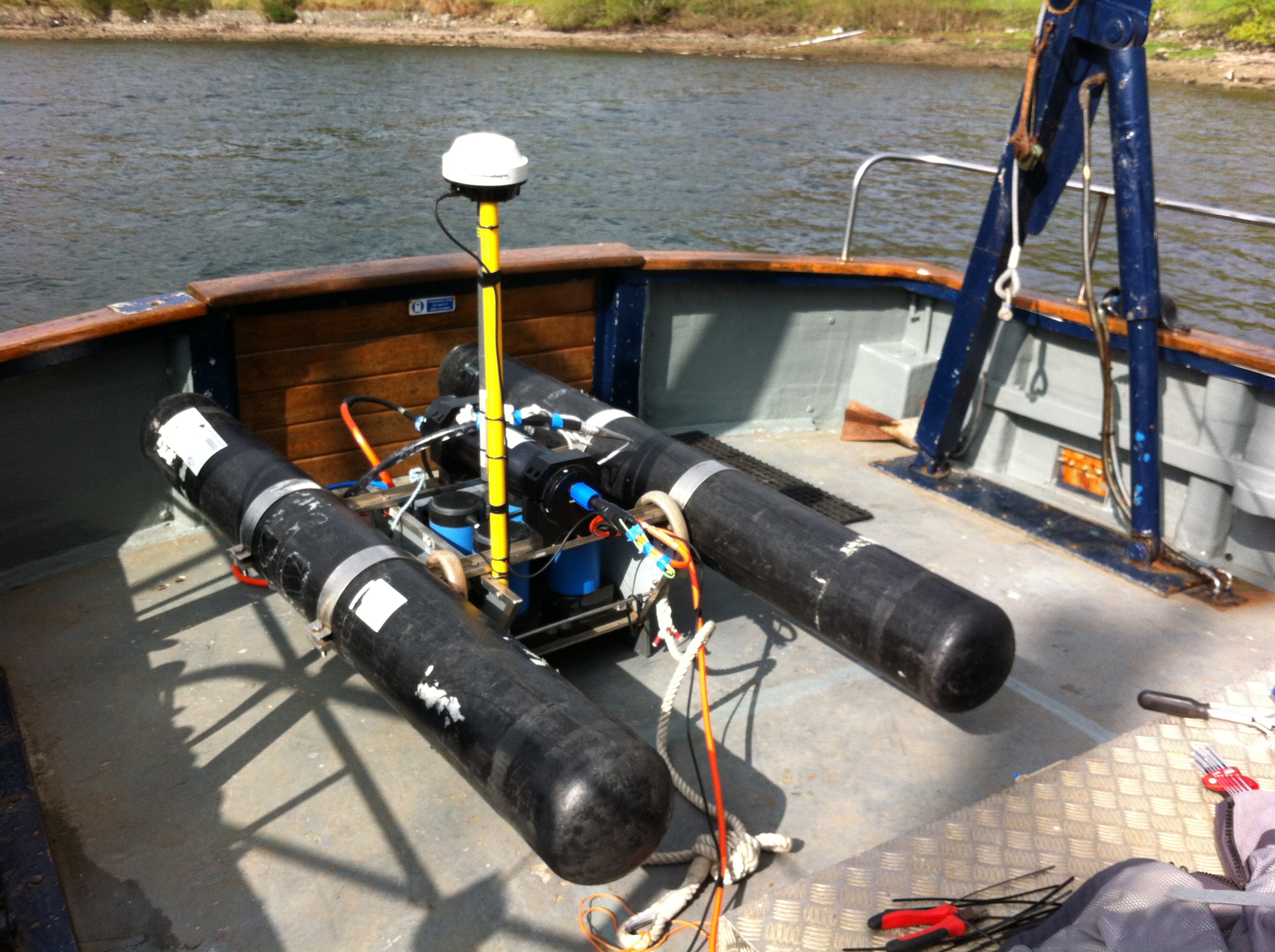 Melis Cevatoglu and John Davis had a successful cruise in Ardmucknish Bay (Oban, Scotland) on board R/V Seol Mara, on 23 and 24 April 2014, under the scope of the QICS Experiment (Quantifying and Monitoring Potential Ecosystem Impacts of Geological Carbon Storage). QICS experiment, funded by the Natural Environment Research Council of the UK, with support from the Scottish Government, aims to improve our understanding of the potential impacts of CO2 leakage during Carbon Capture and Storage operations, as well as develop suitable monitoring technologies. As part of the QICS experiment, 4.2 tonnes of CO2 was injected into unconsolidated, shallow marine sediments over 37 days, in May 2012. A complete dataset with active/passive acoustics, geochemistry, microbiology, macroecology, camera and video surveys were acquired. During 2012, high resolution seismic reflection (chirp and boomer) datasets, covering both pre-release and syn-release stages of CO2, were acquired by various scientists from NOCS (Jonathan Bull, Mark Vardy, Melis Cevatoglu, John Davis). This most recent fieldwork in Ardmucknish Bay in April 2014 was the final step in high resolution seismic data acquisition for the QICS Experiment. The latest seismic data acquired will allow us to investigate the fate of the injected CO2, and see whether it is still present within the sediments or not.