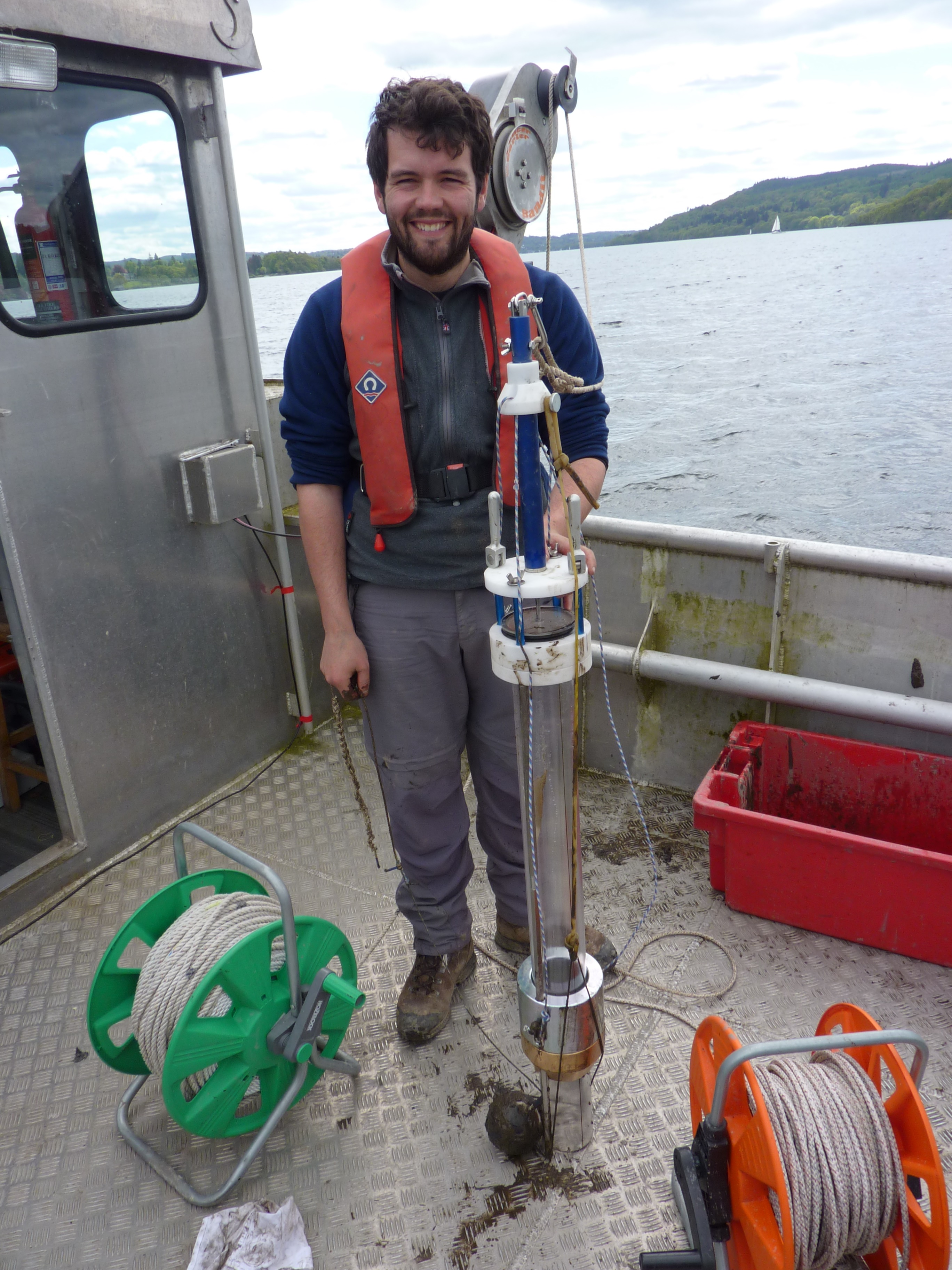 A team from Ocean and Earth Science (Jon Bull, Alan Kemp, Helen Miller, and PhD students Rachael Avery and James Fielding) together with Geographer Pete Langdon, and the British Geological Survey (Carol Cotterill and Josepth Hothersall) spent an enjoyable day collecting gravity cores on Windermere on Friday 2nd May. There was a competitive spirit to the day as the scientific team split into two groups. The first group used CEH’s vessel (the John Lund) to work in the North Basin (ably led by Helen and Carol), while Pete, Jon and Alan used the Geographers RIB (S.S. Sear). Both parties were ‘armed’ with similar UWITEC corer. The remarkable self-assembly flat-pack S.S. Sear (a RIB) completed its mission first, albeit with two fewer cores than the Lund team. Jon and Alan thank Pete “the coring guru” Langdon for showing them how to work successfully on a compact but bijou coring platform.

The cores positions were chosen with two goals in mind. Firstly to target the major fluvial inputs to Windermere with the goal of identifying the flood history in the area; secondly to ensure that we have a complete sedimentary sequence at the sites of piston cores collected in 2012. These gravity cores will be analysed to understand the pollution history of England’s largest lake by James and Rachael.