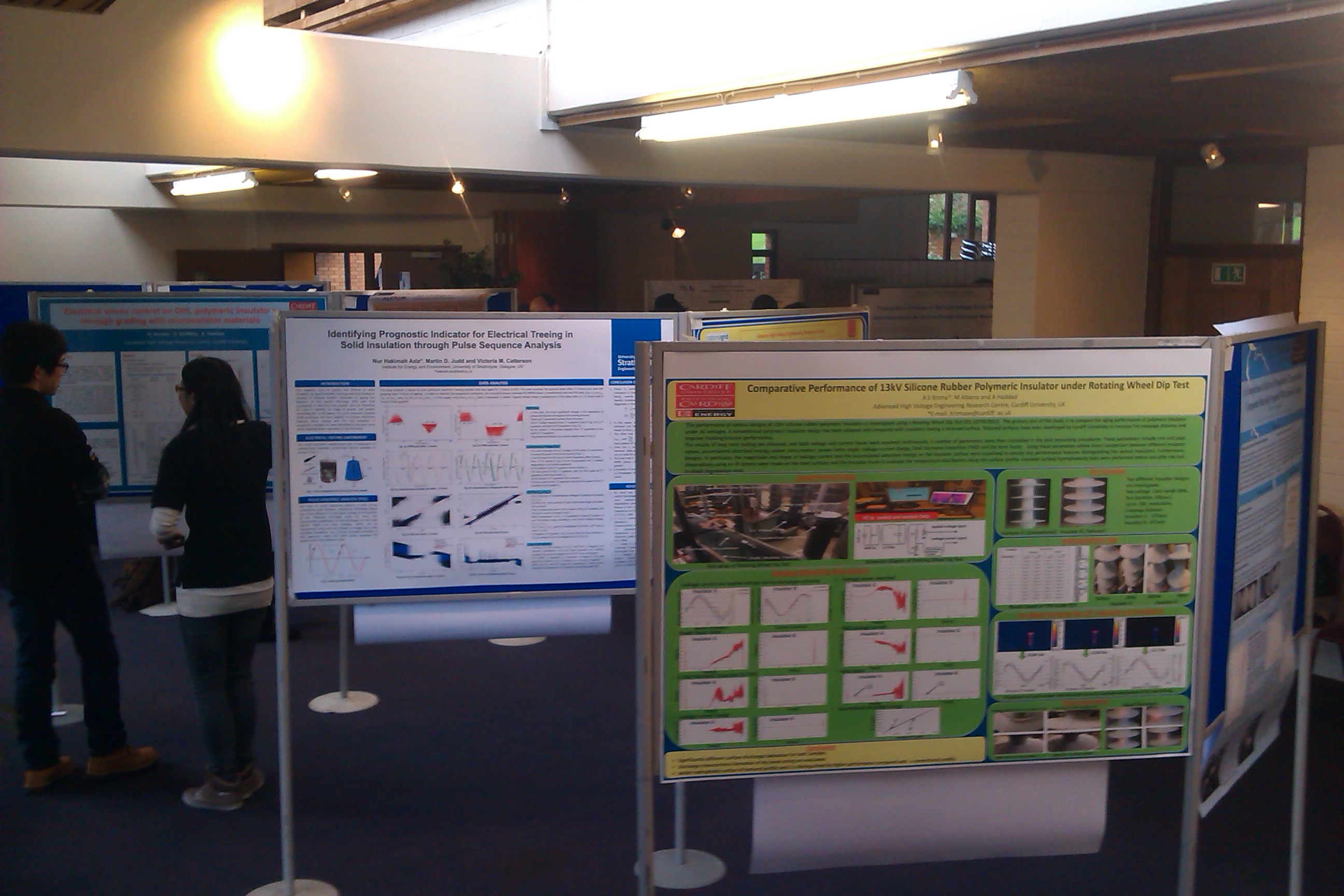 John Emeana and Tim Hughes are two second year PhD students in the Geology and Geophysics group here at the University of Southampton. Both John and Tim’s work is focused on investigating how thermal properties of marine sediments affects the performance of high voltage (HV) cables that are buried under the seafloor. Both work as part of a collaborative effort between Ocean and Earth Sciences and the Tony Davies High Voltage Laboratory (situated on the main University of Southampton campus). John’s PhD is funded by EPSRC/National Grid, while Tim is funded by HubNet/EPSRC. They recently attended a conference in Surrey, UK:

On the 15th and 16th of January, we attended the 7th annual Universities High Voltage Network Colloquium (UHVNet 2014) which was hosted at the University of Surrey. Also in attendance were several of our colleagues from the Tony Davies High Voltage Laboratory. There was a wide variety of research represented, including: dynamic monitoring of HV cables, sources of offshore renewable energy, studies into partial discharges within cables, and even one poster investigating the effects of lightning strikes on aircraft. John prepared a poster entitled: “Sediment Thermal Properties and the Implications for the Performance of Sub-Seabed HV Cables”. It detailed some recent work that we have been doing in developing an experimental approach to investigate the transport of heat away from high voltage cables in the marine environment.

On the second morning, Tim gave a public conference talk for the first time on the subject of “Heat Transfer in HV Cables Systems Under the Seafloor”. We have also been trying to investigate the thermal environment around submarine cables through numerical modelling techniques. Tim’s talk outlined some of the progress that we have made using this approach.

Aside from the academic participation, several relevant industry and governmental organisations were present. John’s poster attracted interest from representatives of National Grid, OFGEM and PPA energy. We each had several chats with people keen to learn more about the work that we have been doing, which was encouraging.

The project pages for our PhD projects can be found here:
John’s and Tim’s