The Anaconda wave energy converter, which is shown as an artist’s impression in Figure 1, is a novel concept for wave energy conversion invented by Rod Rainey and Francis Farley and further developed by the licensed manufacturers Checkmate SeaEnergy Ltd. The system essentially consists of a rubber tube filled with water which is placed in the […] 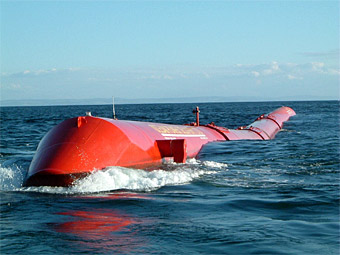 The ability to measure accurately the wave energy resource at a given site is essential for the successful development of wave farms. The likelihood of success must be assessed before a project goes ahead. A collaborative project between the University of Southampton and Pelamis Wave Power Ltd (PWP) is currently aiming at providing a wave […]