Woody Blight was a happy, cheeky three-year-old. He attended nursery, loved playing with dinosaurs and getting up to mischief.

But at the beginning of 2020 he experienced pain in his knees. With a bit of time, the pain subsided but then a week later he developed a rash on his legs. Again, with a bit of time and some cream, it disappeared but just two weeks later, the knee pain returned.

Woody’s parents Jack and Paige knew something was wrong and took him to the doctor who ordered some blood tests. But they didn’t show anything.

Woody started to get restless, and he lost his appetite – something which was very unusual for him. So, his parents took him to hospital where he had some scans. 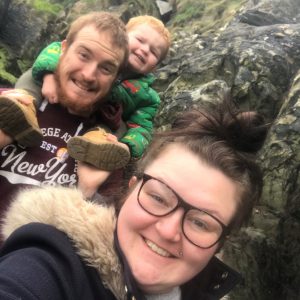 To his parent’s horror, the scan revealed that he had lots of large lymph nodes suggesting that he may have cancer.

Jack said: “We just couldn’t believe what we were being told. We felt sick – our beautiful baby boy had cancer. It completely broke us.”

Woody was diagnosed with metastatic neuroblastoma, a childhood cancer that originates from developing nerve cells. His cancer had spread to his bones, bone marrow and lymph nodes.

By the end of 2020, Woody had started seven rounds of chemotherapy. Due to the COVID-19 pandemic it meant Woody and Jack were unable to spend Christmas with Paige and their other two children – Freddie, eight and Phoebe, six.

We’d never even heard of a lymph node before

Jack said: “2020 was a complete blur. We were in and out of hospital and we couldn’t be together as much as we wanted to because of the pandemic. It was a very difficult time for all of us. We just had to focus on getting Woody better.

“But unfortunately, the chemo did not work as well as we wanted it to. It didn’t have the effect that we needed, and we were so disappointed. We didn’t really know what to do next but then we found out about the MiNivAN trial.”

Led by Dr Juliet Gray, at the Centre for Cancer Immunology, the MiNivAN study combines 131-I mIBG targeted radiation therapy with two different antibodies, Nivolumab and Dinutuximab beta. Dinituximab beta, an anti-GD2 antibody, has been widely used in neuroblastoma and targets the cancer cells, allowing them to be seen and killed by one’s own the immune system.

In contrast, Nivolumab targets the immune system rather than the tumour itself, boosting the body’s immune response to the cancer. The study, funded by Solving Kids Cancer, hopes to prove that when these antibodies are provided in combination with the mIGB therapy, it will mutually enhance these complementary effects, and leave children with long term immunity against their disease.

Within just nine weeks of being on the trial, Woody’s condition improved. Jack said: “It was incredible. When we started the trial, Woody had six cancer spots in his legs – after a few weeks they were almost gone. When the nurse told us, we didn’t know whether to laugh, cry, scream or shout. It was amazing.”

We just wanted Woody to get better and we knew a trial would give us a chance but also that it could help someone else down the road.

Speaking about taking part in the trial, Jack added: “We’ve gone through hell and we didn’t want others to experience that, so we wanted to take part. I didn’t realise how many children are affected by cancer but seeing them on the wards brought it home.”

Woody is now five years old and wants to do everything a five-year-old wants to do – get muddy in the park, play with his dinosaurs and monster trucks, even start school.

Following his remarkable reaction to the trial, he is continuing treatment to ensure all the cancer is gone.

Jack added: “We are so grateful to everyone working on the trial. We know that it is still an uncertain road, but it has give us hope for the future.” 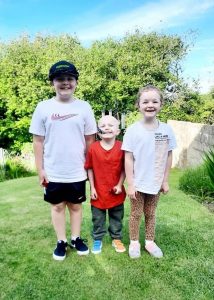 Dr Juliet Gray said: “Sadly, high risk neuroblastoma has one of the lowest survival rates of all childhood cancers, with less than half of children surviving this aggressive disease.  This is devastating and we need to find a way of stopping this from happening

“Work in the laboratory has shown that combining radiation therapy with two different types of antibodies, one which targets the tumour and one which targets the immune system, is potentially a very powerful way of eradicating neuroblastoma tumours and they appear to work together to generate strong, protective immunity to the tumour. The MINivAN trial is testing if this can be achieved in patients. 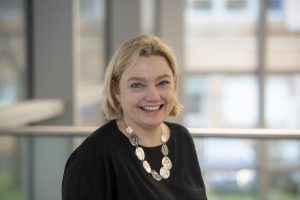 “The trial is progressing well, and we are delighted with some of the results we’ve seen. There is still a long way to go however, and we need to make sure we have the evidence to support the use of this treatment in the clinic. We’d like to thank everyone who has taken part in the trial so far and supported us, we will not rest until we have found a cure for cancer.”