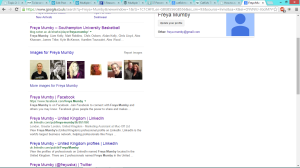 Have you ever googled yourself?  You might be in for a shock, if not. Its an unnerving thought to think that through technology, the digital world is able to extract all your online traces, and present it to anyone at a click of a button.

We live in a world today where people are becoming more dependent on technology and living on the web. Due to social media use, you are able to develop as many online identities as you desire, reflecting your offline personality. Yet, it’s also very easy to get hold of ones’ information, especially in situations such as connecting with future employers. It was found that 37% of hiring managers use social networking sites when researching job applicants, with more than 65% using Facebook as their primary source (CareerBuilder, 2012)

On one hand, having more than one online identity gives you the opportunity  to create as many ”you’s” as you like. This enhances your active online presence, whether it be on a professional level, or simply to separate your personal and professional online identity. Either way, your sharing your content to get to know other users and form community engagement  (Costa & Torres, 2011) 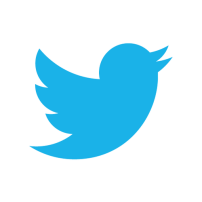 Take Twitter for example. You can create as many accounts as you like, to represent your different interests. That way you can build a solid, organised group of followers who share what you have to say! As Daniel Sharkov (2013) wrote, ”each of the accounts will serve as a lens that will focus the signals to the right people”.

However, on the other hand, by  creating several online identities, this can lead to false online impersonation. The first thing that springs to my mind, is the TV Show, CatFish. This provides viewers with evidence on the truth and lies of online dating, portraying a message of how easy it is to create fake profiles.

And how are people able to create such false identities? By having access to others peoples information and their social platforms via Google.

I think having multiple online identities can benefit you on so many levels, both professionally and personally. But I think its needs to be understood, the publication and privatisation of individuals online information. I agree with Costa & Torres (2011), in terms of our digital footprint size, and how, inevitably, it makes it harder to control what content remains public or private, as it increases.